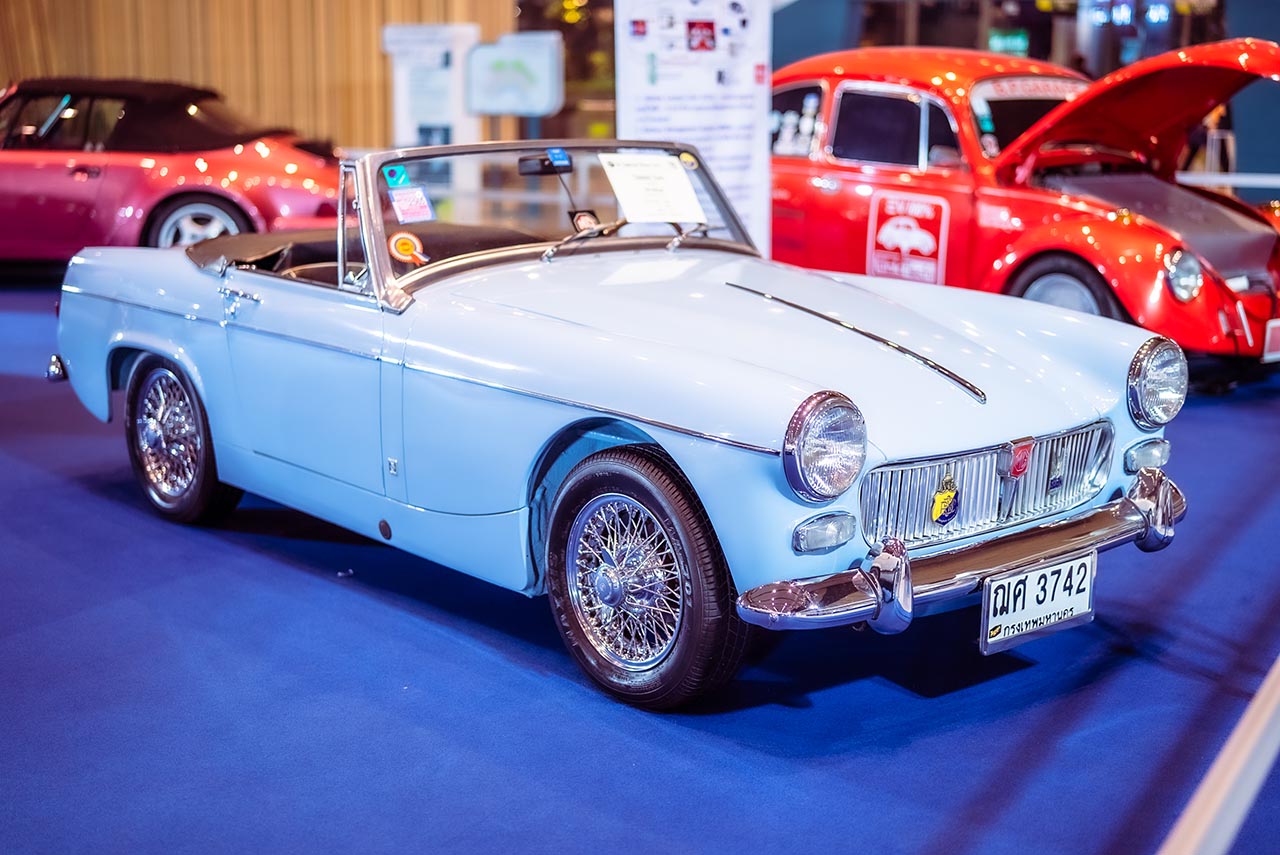 The first version, announced at the end of June 1961, was essentially a slightly more expensive badge-engineered version of the MkII Austin-Healey Sprite deluxe version. The original ‘frogeye’ Sprite had been introduced specifically to fill the gap in the market left by the end of production of the MG T-type Midget as its replacement, the MGA had been a significantly larger and more expensive car with greater performance. Many existing MG buyers turned to the Sprite to provide a modern low-cost sports car and so a badge-engineered MG version reusing the Midget name made sense. The new Midget differed from the Sprite only in grille design, badging, improved interior trim, better instruments and added external polished trim to justify its higher price.

The doors had no external handles or locks and the windows were sliding Perspex side-screens. A heater was an optional extra.